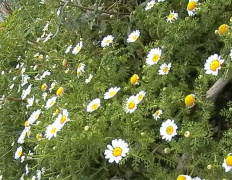 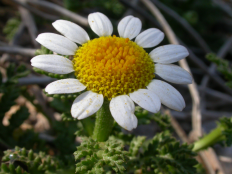 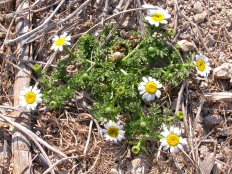 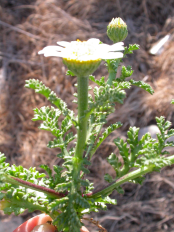 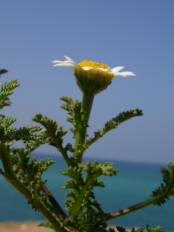 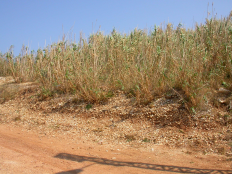 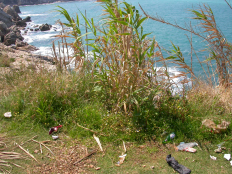 Cota palestina is an aromatic plant endemic to Lebanon, which blooms every year from April to May and gives white and yellow flowers. Cota palestina is a unique species and not simply because it is only found in Lebanon. For the scientists, its story and that of its sisters of the genus, Cota, has been recently turned upside down.

Although this plant has been identified and used for centuries, the name Cota palestina is two years old only. The plant used to be called Anthemis scariosa and considered as a chamomile. For years, Cota was a subgenus of the genus Anthemis because of morphological and properties resemblance. Biologists found difficulty in recognizing unique morphological features to discriminate and define smaller gatherings with the 190 species. They were, as a result, lumped all together under the genus Anthemis. In 2010, German researchers published their work proving, based on molecular and morphological evidence, that Cota and Anthemis are actually two different and independent genera. All the Cota species had to be renamed according to their new genus, and as a new lease, Anthemis scariosa became Cota palestina.

Cota palestina shows equivalent healing powers to chamomile and was used for centuries in Lebanon as a folk medicine to treat stress, insomnia, stomach acidity and as an antiseptic and an anti-inflammatory.

Researchers of the AUB Nature Conservation Center (NCC) started showing interest to Cota palestina in 2004. From the creation of the NCC in 2002, Dr. Rabih Talhouk initiated a survey on indigenous plants of Lebanon that have been used for centuries in folk-medicine. Wassim El-Juni, one of his student and the first student member of the NCC, walked around Lebanese cities and villages looking for local medicinal herbs shops and folk practitioners. Thanks to this survey, they collected 29 species, found to be the most commonly used in folk-medicine in Lebanon. Dr. Talhouk and Wassim started to look at the claimed bioactivities of each of the 29 species and whether their crude extract was toxic or not on cells.

This creaming off left 8 species that showed potential anti-cancer, anti-inflammatory or antimicrobial activities and appeared to be the most promising plants for medicinal uses. Researchers of the NCC, coming from various science fields, chose the plants they wanted to conduct a research on, according to their specialty. Dr. Talhouk, specialist in the anti-inflammatory effects, focused on three species: Centaurea ainetensis, Ranunculus constantinopolitanus and Cota palestina. Cota palestina is the only species, on which he is still currently experimenting. Dr. Talhouk isolated from the plant the bioactive molecule, which happens to show many structural and functional similarities with a well-known molecule, Parthenolide, which is already under clinical trials. Parthenolide, which naturally occurs in the plant feverfew, has already shown in-vitro very promising antimicrobial, anti-inflammatory and even anti-bone cancer activities. The success story of Parthenolide is a good omen for the molecule found in Cota palestina. "I'm really enthusiast about the molecule found in Cota palestina because it looks like Parthenolide, which has successfully completed many steps, but it shows distinguishing features, and to the best of our knowledge, reported to grow only in Lebanon", Dr. Talhouk explains.