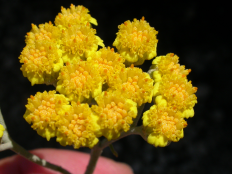 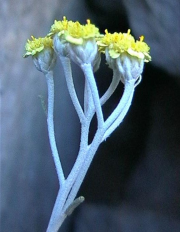 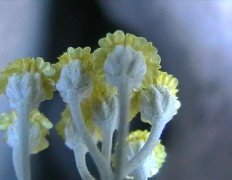 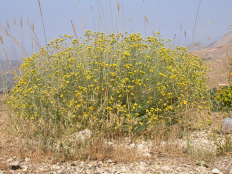 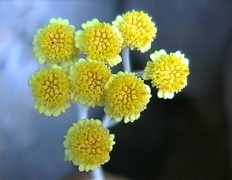 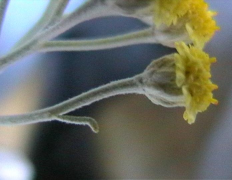 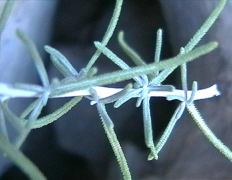 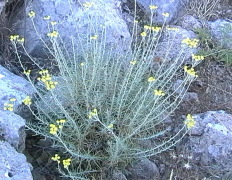 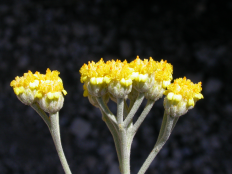 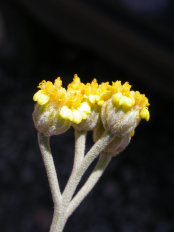 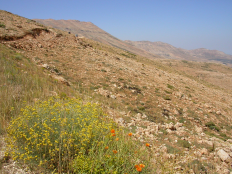 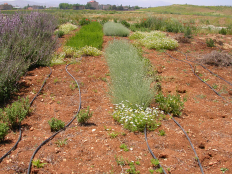 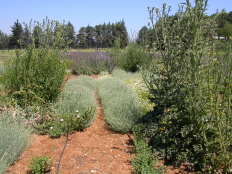 The genus Achillea comprises over one hundred species and belongs to the Sunflower family, Asteraceae. They are most commonly found in the Mediterranean region, Eurasia and North Africa where, throughout history, aerial parts of different species of Achillea have been used in traditional medicine for treatment of fever, asthma, cough, bronchitis and skin inflammation. Commonly referred to as yarrow, the genus was named for the Greek mythological character Achilles. According to the Iliad, Achilles' soldiers used yarrow to treat wounds. Researchers of the AUB Nature Conservation Center (NCC) aim to carry on this tradition and use the plants in modern medicine to treat cancer.

These plants are medicinal perennial herbs and show large, flat clusters of small flowers at the top of the stem. These flowers can be white, yellow, orange, pink or red. A number of species are popular garden plants and are considered ornamental crops in Europe and the USA. The natural habitats of this genus include primarily roadsides, meadows, forest edges, and mountainous and range lands.

Achillea falcata, also called Achillea damascene, is a species of the genus Achillea that is endemic to the Mediterranean region and has been used extensively in folk-medicine. The story of the plant within the AUB NCC is intermingled with that of another species of the Asteraceae family, Centaurea ainetensis. Both were studied around 2000, when researchers of the center trekked across Lebanon to collect and identify traditional medicinal plants used to heal in villages. Centaurea ainetensis was the first one to be taken and studied in NCC laboratories, followed three years later by its warm-coloured cousin, Achillea falcata. Professor Nadine Darwiche, at that time a new faculty at AUB with a specialty in cancer research, relates with enthusiasm the early months of the collaboration on this research: "It was really exciting to be part of this interdisciplinary team gathering researchers from various fields, Chemistry, Biology, Medicine and even Landscape design and Ecosystem, all passionate about research and driven by the faith in the healing powers of medicinal plants." Some AUB master students excited to carry out their thesis on medicinal plants joined the team of NCC researchers.

NCC researchers showed that extracts from Achillea falcata to exhibit anti-inflammatory, anti-microbial and anti-cancer properties. Experiments conducted on human and mouse skin cells revealed that these anti-cancer properties were attributed to 4 molecules belonging to the same family of plant secondary metabolites, called sesquiterpene lactones. Interestingly these purified sesquiterpene lactones at concentrations that do not affect the viability of normal skin cells. In this way, only the cancer cells were eliminated. The researchers then compared these 4 isolated molecules to bring to light the elements of the structures of each one that give the best efficacy in reducing skin tumor growth. These experiments provided a first design plan for the most efficient plant-derived anti-skin cancer drugs.

In their last publication, Professors Muhtasib and Darwiche explain how they tested the effects of a mix of extracts of Achillea falcata and Centaurea ainetensis on colon cancer cells. Their passion and curiosity paid off, as the mixing of extracts allowed the most efficient use of the plants. They observed a phenomenon called synergy: the combination of their respective bioactive molecules showed more powerful anti-cancer activities than the expected additive effects. Moreover, they could use lower quantities of each extract, limiting any unwanted side effects.

These results are very promising. The healing properties of these plants have been known for generations, and now that researchers have used modern technology to isolate the most effective molecules within these plants, their true potential is being realized providing natural ways to combat cancer.

In spite of the promising properties of Achillea falcata alone or along with Centaurea ainetensis, Professors Darwiche and Muhtasib are currently waiting for a source of funding to be able to pursue their promising research.